The Story of CLC by Zsolt Karpati

Christian books were banned in Hungary under Communism – just as in all the other countries in Central and Eastern Europe. The only way to get them was to smuggle and distribute them illegally. After the change in the political system, it became possible to officially publish religious books of any kind without the approval of someone from the government. Thus, the first official publishers started their work and soon two people from CLC (Dave Birchall, the Regional Director at the time, and Heiner Rindisbacher, who was working temporarily in the CLC bookshop in Austria) investigated to see if they could open a bookshop in Budapest. They prayed for guidance on a hill overlooking Budapest and made contacts with local churches. The Rindisbachers then moved to Hungary and, with the help of a Hungarian couple, the ministry started in 1993. A year later, our first shop was opened. It was the very first interdenominational bookstore in the country. Our work later grew to three bookshops and a website – and we are now taking the first steps toward publishing. 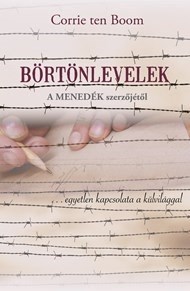 There is a well-known figure in town who often goes around shouting wildly to anyone on the streets and also begs for food or money. He might have heard about Jesus through a particular book written by a Hungarian author, People Around the Cross. This man came into our shop one day requesting several copies of that book. He said he didn’t have the money but would soon have enough – and he came back some days later to pay for the books. Since then, he has returned for more copies, and it would seem that he is giving these copies away.

A Great Sale: And an Even Greater Attitude!

“One afternoon a young lady entered the Budapest shop. When I asked if I could help her, she said she was ‘just browsing’. However, this browsing lasted for about an hour and a half, and I was amazed that her shopping basket gradually filled up completely with books. Finally, she came to the counter to pay. Probably my amazement could be read on my face as she had done more than ‘just browse’. The lady explained that she has just started working and she wanted to spend her very first salary in our bookshop! The sum was extraordinary, but her attitude exceeded it!”