A Christmas Gift & an Anniversary Celebration

by the National Director

Before Christmas every year, one of our customers buys a variety of good books designed to draw people closer to God. He puts them under the Christmas tree in his home and, when someone comes to visit, he tells them to look under his tree and choose a book that looks interesting to take as a gift.

This customer was due to speak at our bookshop’s 10th anniversary celebration. As he was wondering what to say about the shop that had been such a blessing to him, he met a young man he had not seen for a while, and this fellow excitedly told him that something important had happened. He explained that as a result of reading the book he had picked from under his tree, he had become a believer in Christ! Our customer was naturally elated about the eternal change that the book had helped to bring about in this young man’s life, and he also knew what he would say to the people at the bookstore’s anniversary celebration!

Ministry in the Shop

A young man came in asking for a book on Darwinism. Our manager said we didn’t have one, but noticed he seemed nervous and unsettled. Then he asked if we had books on atheism. She again said no, but felt prompted to ask him “Are you seeking God?”. He said he was. “Well, you need to read and compare what you find out about God — and the best book to show you this is over here,” she replied as she directed him to a Bible. The customer said he still wanted to look for the other books at other stores, but if he didn’t find them, he would get a Bible. Sure enough, three days later, he came back and bought a Bible. 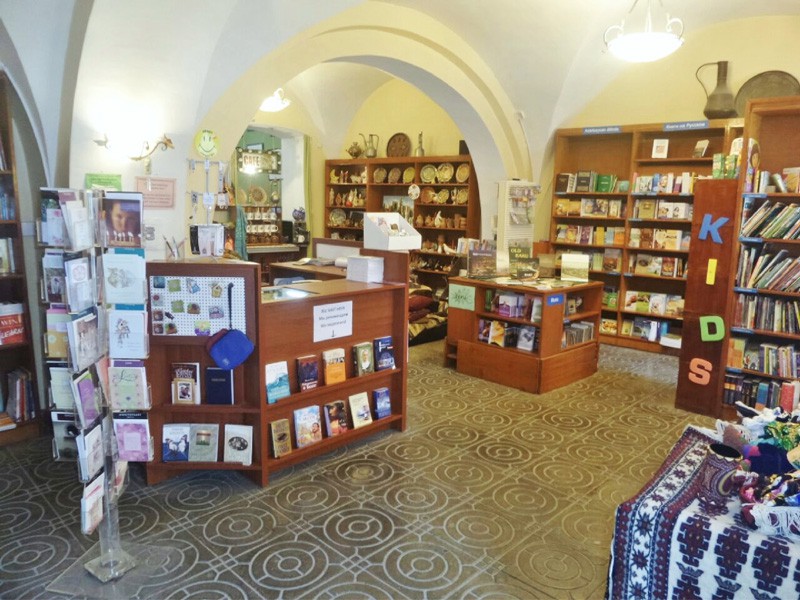 A few years ago, a woman bought a Bible for a family friend who was in prison. She said she went with little faith but wanted to do her part to share the Good News with him. Her friend read that Bible and accepted Jesus as his Saviour. Out of the joy of finding forgiveness and hope, he shared it with others in prison. They also became believers and started meeting and reading together. There were some other prisoners who were religious extremists and they accused these new Christians of betraying their religion. But the new believers showed them this Bible and challenged them to see what it said. Now they are reading it!