A year before India became independent (1947), a young Indian gave himself to God and initiated a literature work in Madras, christening it ‘Evangelical Literature Service (ELS)’. For the first eight years it was the personal business of Donald David. In 1954, he surrendered his business to God and joined hands with CLC UK.

Within a short period of becoming a part of CLC, ELS began its leap forward, increasing the number of staff and centres. Though nearly all Western missionaries had left within the first ten years of their service, the Lord kept adding committed men and women from within India to this mission. The increase of personnel, centres, publications and distribution – quoted in the words of the late John Silk, the International Secretary of CLC in the 90s – “was like the speed of light years”.

A man serving a life sentence in prison near Chennai for murder had never heard about Jesus before. One day, a Christian worker visited the jail and gave him a copy of Pilgrim’s Progress in Tamil, published by ELS (CLC) India. As the prisoner read the book, he found a transformation taking place in his life. The book was making an impact.

One day, while reading the book in his prison cell, he heard the still, small voice of Jesus and received confirmation that Jesus Christ is the only Saviour. He repented of his sins and accepted Jesus as his personal Saviour. True freedom and peace filled his heart.

This man met the Christian worker in the prison again and shared with him his salvation experience. The Christian advised him to pray to Jesus. So he started praying and again he heard the still voice telling him to proclaim the peace which he received to other prisoners. He found the CLC address on the back cover of the book and wrote to us ordering more copies of Pilgrim’s Progress, enclosing his testimony as well.

Thus began our project of giving a copy of Pilgrim’s Progress to hungry souls in prison. Later, this same missionary requested our Tamil catalogue and ordered several more books. He reads and then passes these books on to his fellow prisoners. Today, he is still in prison, not as a ‘murderer’, but as a ‘soldier’ for God! 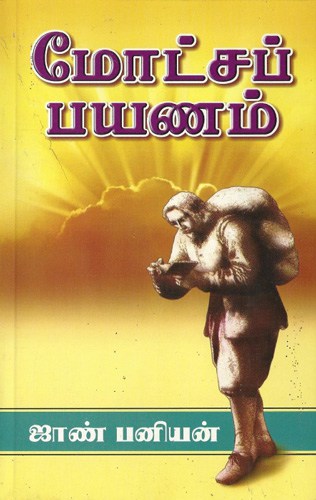